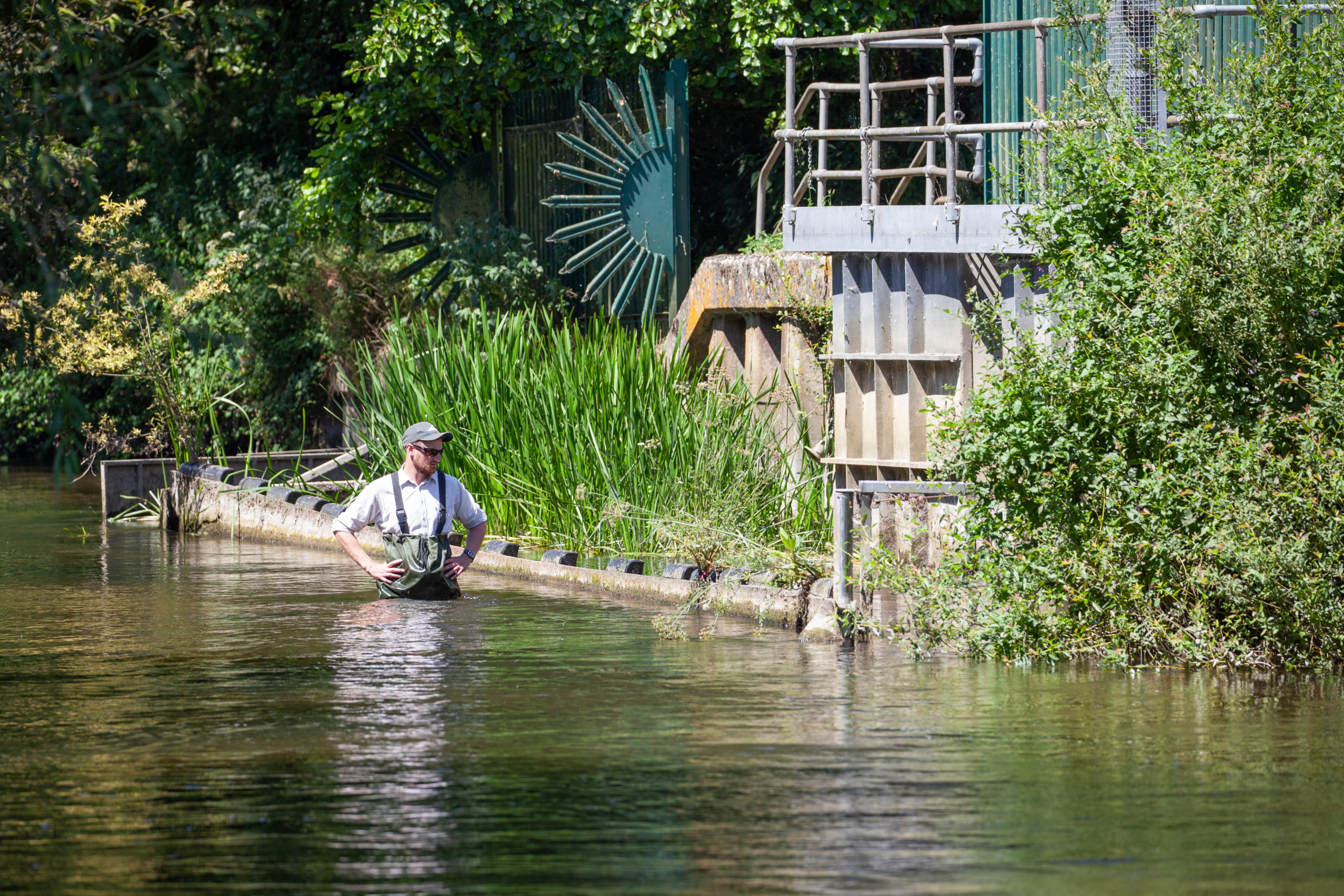 The river Test is one of only 260 chalk river streams in the world. It is the birthplace of ‘dry-fly’ fishing.

As long ago as 2003 in a ‘review of consents’, the Environment Agency and Natural England assessed that the lower River Itchen, part of a Special Area of Conservation, could be harmed by existing abstraction by Southern Water during severe droughts.

Under the Habitats Directive the Environment Agency required the utility to make plans for reductions.

Southern Water responded by identifying its Testwood (lower River Test) abstraction licence, which had unused ‘headroom’, to compensate for the proposed Itchen reduction, despite the potential impacts on the Test (especially during droughts, when its fish stocks including salmon and sea trout would already be highly stressed).

Southern Water went on to assess, through years of expert analysis, that there would be no significant impact on the Test’s ecology, and planned a £50 million pipeline to effect the transfer to the Itchen supply network.

The issue came to a head at a March 2018 public inquiry where the utility challenged the Agency’s proposed licence variation and removal of much of the Testwood licence headroom, which would have reduced, though not entirely prevented, the proposed transfer. Southern Water argued that the licence variation was unviable and that a ‘Test transfer’ remained necessary to meet its statutory supply duties.

However, at the public inquiry, Fish Legal were able to demonstrate, through water engineering expert John Lawson, that the supposed ‘needs’ had been systematically exaggerated, as a result of which (we believe) Southern Water dramatically dropped all its supporting technical evidence for the inquiry.

We then negotiated measures to ensure that the protection of both rivers was put ahead of the company’s bottom line. The overall outcome has been Southern Water’s final abandonment of the £50m pipeline, with any ‘Test transfer’ now extremely unlikely and subject to rigorous controls, and a commitment to develop non-environmentally harmful alternative supplies for the Southampton area (such as a new supply reservoir to be built by neighbouring Portsmouth Water at Havant Thicket).