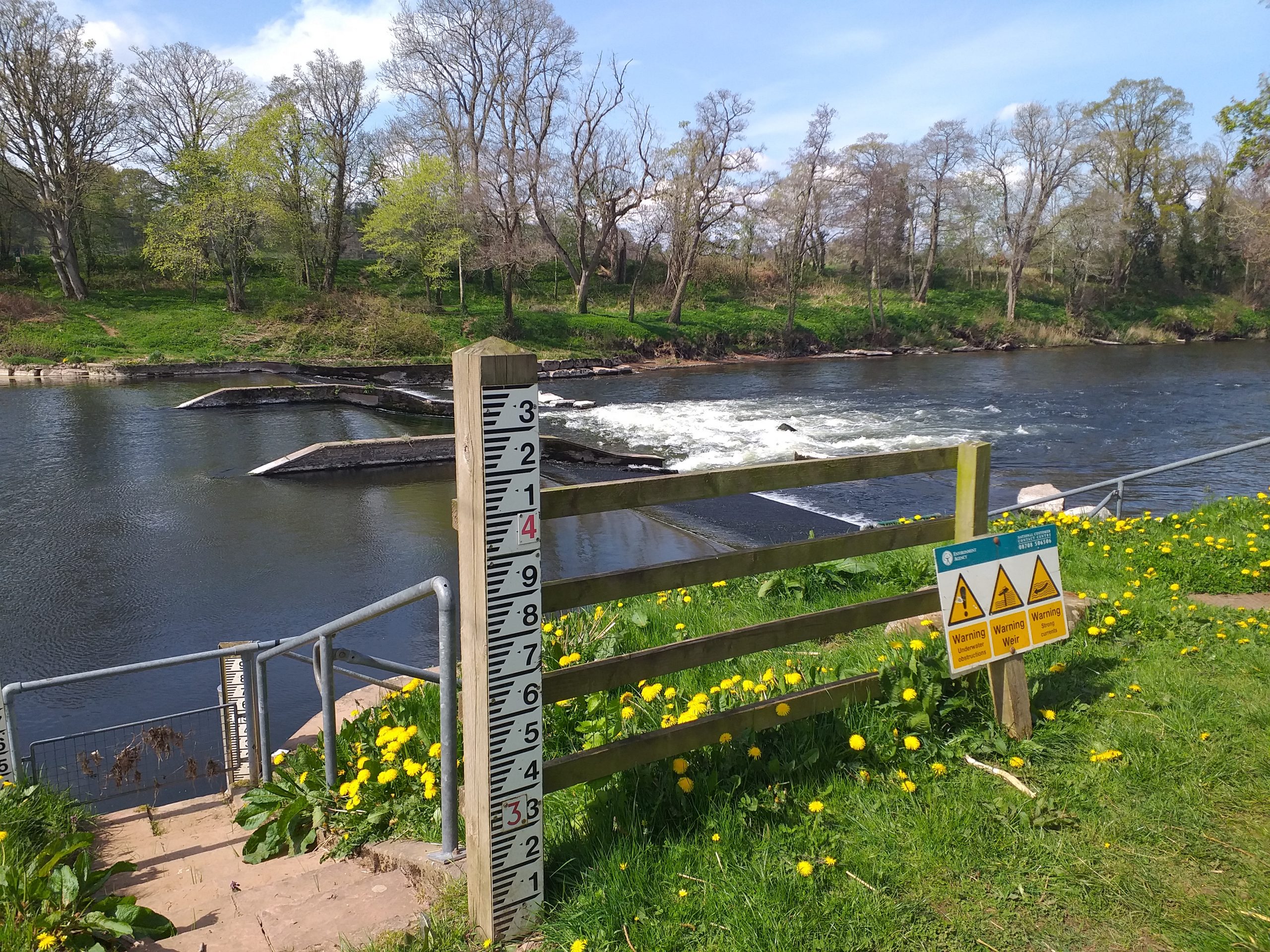 A campaign has been launched to help Atlantic salmon and other fish species migrate to and from their spawning grounds in the River Eden in Cumbria. #Break Through Corby Weir has been initiated by local anglers from the Yorkshire Fly Fisher’s Club. The campaign’s objective is to ease fish migration at Corby Weir near Wetheral, which is a major obstacle for them in the highly protected river.

Corby Weir was built in just three months by the Environment Agency in 1996 and completed eighteen months before the River Eden was designated as a Special Area of Conservation. It has very limited use except as an Agency gauging station.

Such artificial barriers are a primary reason why freshwater ecosystems are the most threatened environment globally. It became clear almost immediately after the weir’s construction that adult salmon returning to the Eden to spawn were struggling to ascend it.

Just as importantly, shoals of juvenile salmon (smolts) migrating out of rivers to sea are delayed by weirs and become highly vulnerable to predation. Tagging studies on the nearby rivers Ettrick and Derwent have shown a loss of up to 40% of smolt runs – effectively 40% of the river’s whole salmon population – at similar major weirs.

In addition, investigations by Fish Legal on behalf of the Yorkshire Fly Fisher’s Club have found that the weir is likely to be illegal as it does not have an impoundment licence.

Bob Bradney, Secretary of Yorkshire Fly Fishers Club said: “For over 24 years our members have been asking the EA to do something about a weir that they own and which has been damaging a river we love. The inaction cannot continue. We and the river need them to do something, whether that is to modify or preferably, remove the weir entirely.

He added: “The EA have a duty to protect the fish in the Eden but instead they are contributing to their decline.”

“Sometimes there is a reluctance to remove or modify weirs because they are part of the historic landscape or a flood defence. That isn’t the case here. Corby Weir is an illegal impoundment on a protected river that is threatening the survival of Atlantic salmon, a species that is in sharp decline in the Eden and other rivers in the UK.

“Defra’s 25-year plan includes ‘taking action to recover threatened, iconic or economically important species…….and where possible to prevent human induced extinction or loss of known threatened species in England.’ It appears this message has not got through to their agencies in the Lake District.”

She added: “The time for talking has passed. The Environment Agency now need to deal with this problem and give salmon on the River Eden a fighting chance. We don’t want to have to go to Court on behalf of our members to force them to fix this mess, but we will do if we cannot break the current impasse.”

Please support our work by making a donation here