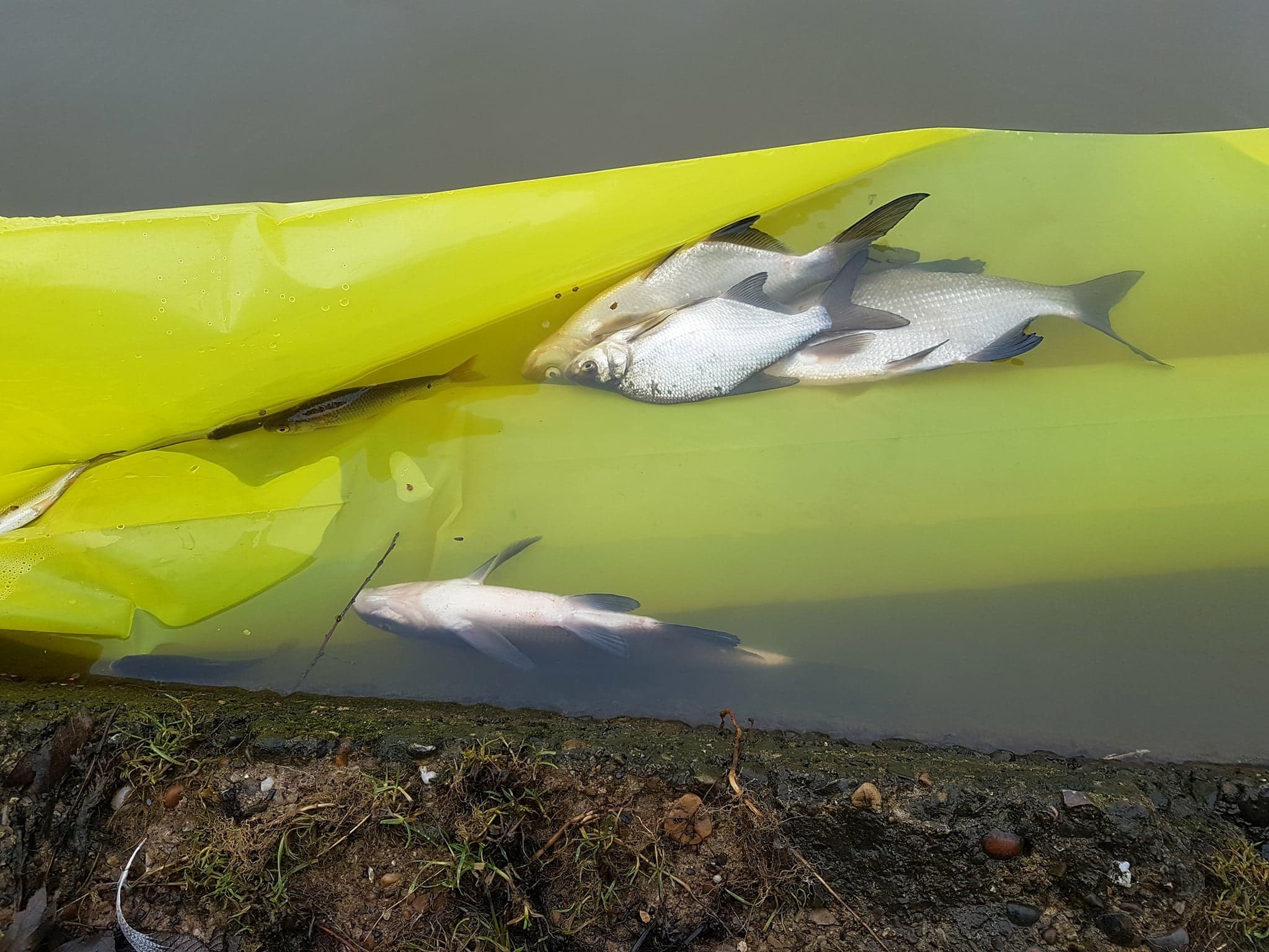 A Derbyshire Angling Club have received £20,000 in an out-of-court settlement with an industrial cleaning company who in February 2018 polluted a lake with cyanide, causing a major fish kill.  The chemical spilled from a ruptured tank at an industrial estate near Heanor in Derbyshire while a lorry was being unloaded at a printing plant. The highly toxic liquid ran down a road and into a drain feeding Adams Pond in Shipley Country Park, which is leased by the National Coal Board Area No.5 angling club.

Although the cleaning company has not yet been prosecuted, it contacted the club with a view to early settlement. As members of Fish Legal, an organisation whose lawyers takes legal action against polluters for harm to fisheries and the water environment across the UK, the club were represented in its civil claim.  Fish Legal instructed a fisheries expert to assess the impact of the pollution on the populations of roach, bream and carp that were in the fishery prior to the pollution.  They then negotiated compensation for the lost stock plus the loss of angling ‘amenity’ before the fishery fully recovers.

“This case shows that it is possible for anglers to conclude a civil claim for pollution even before the Environment Agency has finalised its enforcement action and released its evidence. This is particularly important now given the backlog in Environment Agency investigations and enforcement action caused by Covid. The defendant company, to give it its due, accepted the inevitable that it would have to compensate the club at an early stage and helped bring about an amicable settlement.”

Gary Shelbourn, representative of the National Coal Board Area No. 5, said:

“Adams Pond is one of the club’s favourite waters, because it is easily accessible.  It is close to a built-up area including an industrial estate, but it is very peaceful and ideal for children and beginners. The club was devastated when the pollution happened and have worked tirelessly with the excellent support of Fish legal and the Environment Agency to ensure the club could get the water back to what it was: An enjoyable space for wildlife, local residents and anglers”.

“The club is a non-profit organisation, and the money will be reinvested into projects such as planting new wetland plants and reed beds to serve two purposes: One to aid the filtration of the waters that run into the lake and the other is to provide more habitat for fish and wildlife. We also plan to create new paths and more easily accessible fishing platforms.  We have some hard work ahead, but we are certain Adams Pond will be much improved and better protected from future incidents in the coming months.

“We would like to thank the company who had the unfortunate accident for a speedy conclusion to this matter regarding the club and the damage caused.  They can rest assured that the money will be well spent in restoring the fishery.”