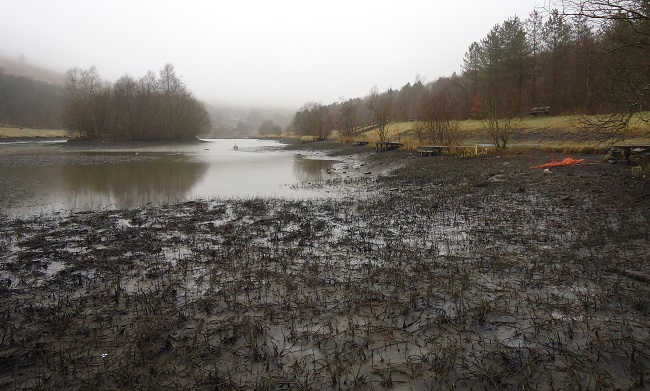 Cardiff County Court last week found in favour of the Rhymney and District Angling Society in a long-running claim against Caerphilly County Borough Council after the club’s fishery at Parc Cwm Darran was decimated when a lake was negligently drained down to carry out desilting works in 2013.

The Council failed to put protection in place to prevent fish being lost via an outlet pipe and left the water levels in the lake so low that most of the carp, bream and roach suffocated in the exposed silt. On the final day of a three-day trial by video, the Judge ordered the Council to pay the angling club over £30,000 in damages as well as substantial legal costs.

The trial was the culmination of a seven-year battle for justice after the Council denied responsibility for the flawed works and even that any fish had died, and refused to pay the club anything towards restoring the fishery.

Five members of the club and two local residents gave evidence via video about the extent of the drain-down, the fish losses and the impact on the club, which holds the fishing rights on Deri Lake at Parc Cwm Darran.

The 140 member strong club based near Bargoed in the Rhymney Valley was only able to fight the Council with the backing of Fish Legal – a membership association that uses the law to protect fisheries on behalf of its angler members.

“Deri Lake is an artificial lake that was constructed on former colliery land following the closure of Ogilvie coal mine. The club leased it in 2010 from the Council and invested considerable time and money into making it a popular fishing venue by installing fishing platforms, stocking and carrying out regular maintenance. By 2012 it had become our best fishery.

“In 2013, the Council decided to carry out works to trap incoming silt. Unfortunately, it started these works without informing the club or Natural Resources Wales, opened the outlet pipe without ensuring a grid was in place and drained down the shallow lake by over a metre without monitoring the impact on the fish. The club found out this was happening and waded out into the exposed silt to try to rescue any fish that had not already died. Afterwards, when we asked for compensation in order to be able to re-stock, the Council told us we had no proof that any fish had died because we had taken no photographs of dead fish. They have maintained that position for the past seven years.”

”It is a great relief that the court has now found that we have been telling the truth all along and has awarded us compensation for the loss of our best fishery over those years. In fact, it is now returning to its former high quality after re-stocking in 2018-19.”

“None of this would have been possible without the help of Fish Legal and without doubt every penny that we’ve paid for membership of the organisation has proven to be well and truly worthwhile. We, as a small club, would in no way have had the finances to pursue this matter to a conclusion without Fish Legal and would strongly advise any club that leases water to become members.”

I am glad to say that the court’s judgment has completely vindicated the club’s version of events in early 2013, which they were formally accused of fabricating during the trial. By contrast, the Council’s version was in effect found to be completely unreliable. We do not know why it did not admit its fault and settle the case much earlier, but I do know the club is greatly relieved that justice has at last been achieved. I found Jesse Pugh and Brian Rees (club chairman) to be models of integrity throughout the whole process.”