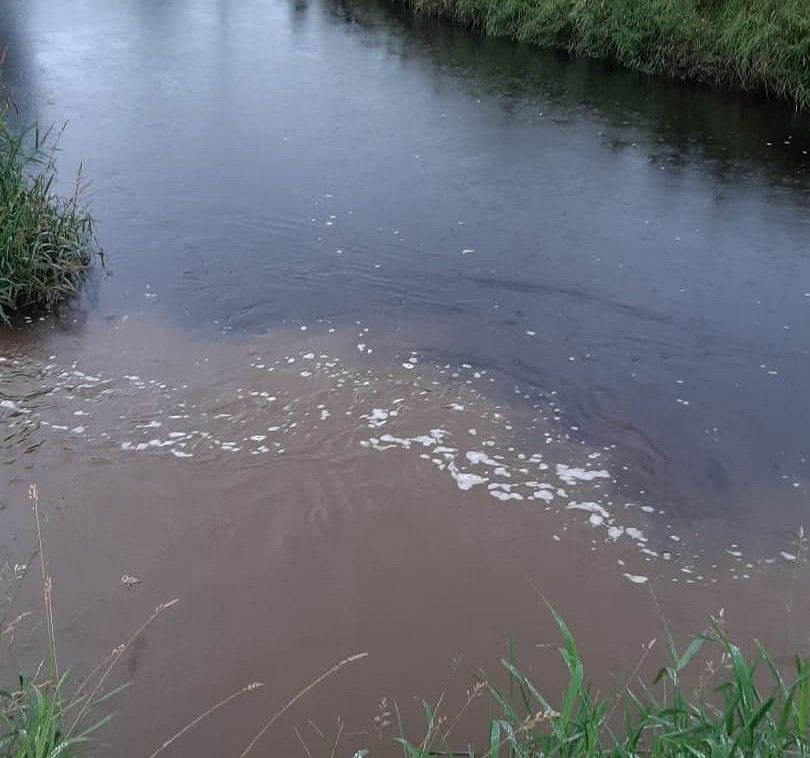 Fish Legal has “notified” the Northern Ireland Environment Agency (NIEA) on behalf of its member the River Faughan Anglers (RFA) after almost two years of sediment-pollution caused by works on the new A6 road in Northern Ireland. NIEA now needs to look into the repeat pollutions and contact the developers to prevent further pollution and put damage right.

The River Faughan, as a Special Area of Conservation (SAC) and an Area of Special Scientific Interest (ASSI) is supposed to be one of the best salmon rivers in Europe and is sensitive to pollution. But it has been put under pressure from the A6 Strategic Road Network building project since works began in late 2018.

The RFA, a not-for-profit, cross-community that helps to manage and protect the river, has reported sediment pollution from the road building on many occasions, but the pollution continues.

Polluted water flows into the river and its tributaries, including the Foreglen, clogging up the clean gravels used by the salmon for habitat and spawning and changes the standard of the quality of the water. It also prevents angling for as long as the plumes of sediment spread down the river.

Even before the works began, the Department for Infrastructure explained in the Appropriate Assessment (AA) for the A6 project that levels of suspended solids in the water must comply with the limits and “no water containing silt should be allowed to discharge directly to any watercourse.”

It added that “discharges of sediment during construction of the scheme could impact upon spawning success and hence numbers of fish in future years.”

Nevertheless, since the work began in 2018, the river has been subjected to numerous discharges of suspended solids with no or little evidence of any changes to avoid this.

Now Fish Legal has written to NIEA to “notify” them under the Environmental Liability (Prevention and Remediation) Regulations (Northern Ireland) 2009 that environmental damage is being caused by compromising the protected river’s ability to meet its “favourable status” and “good ecological status” targets under the Habitats and Water Framework Directive legislation.

Gerry Quinn, Secretary of the RFA said: “Our voluntary-run organisation welcomes the assistance of Fish Legal in formally reminding the NIEA of its legal obligations to environmental protection of the SAC, where all too often this authority has failed in the past to properly regulate, to the detriment of our river.”

Justin Neal, of Fish Legal said: “Fish Legal has a long history of using European and domestic law to clean up rivers after damage caused by big polluters. Time and time again we find that the responsible authorities simply don’t act to prevent pollution and make the polluter pay – so we have to step in to put things right. We hope that the regulator in Northern Ireland will start to do its job and stop the pollution on the Faughan.”